Over the Christmas period, we partnered with Starbucks and launched the  #neighbourlynoise campaign!1 noisy campaign - 22 days - 35 regions - 70 different charities. From each of the 35 regions, 2 charities were chosen to take part in the campaign by local store partners and coffee drinkers to compete for the chance to win £1000 donation! 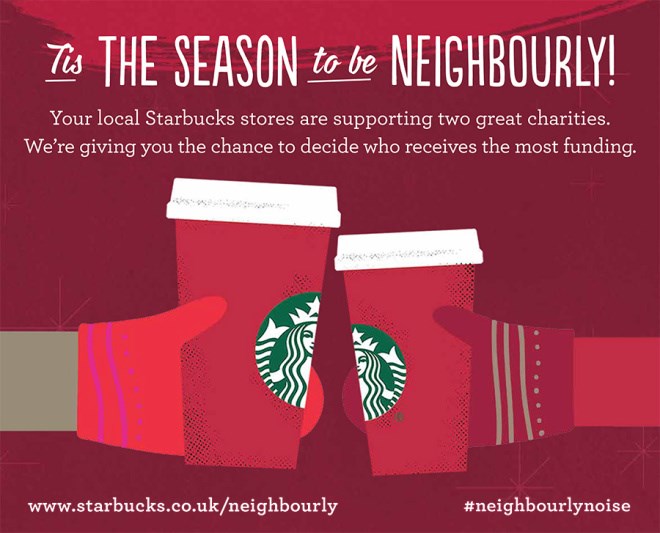 The charity that achieved the most online support, using the #neighbourlynoise hashtag, and had the most activity on their neighbourly page determined the winners, however, in keeping with the Christmas spirit - every charity received at least £500 donation!The campaign was a huge success with #neighbourlynoise reaching over 4000 people, the end result? 70 very happy projects :) 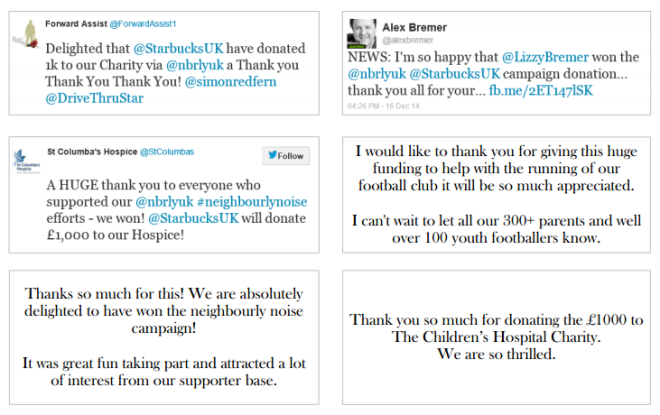 A huge thank you to all who took part and made a lots of neighbourly noise! Click here to read more about the campaign and take a look at which projects were crowned winners.- Sophie
More articles
More articles